WHY JOHN CROW HAVE A PEEL HEAD

This tale of baldness is similar to the Cherokee's Grandmother Spider's "Bringing the Light". During the process Turkey Vulture becomes bald and Possum's tail becomes naked. 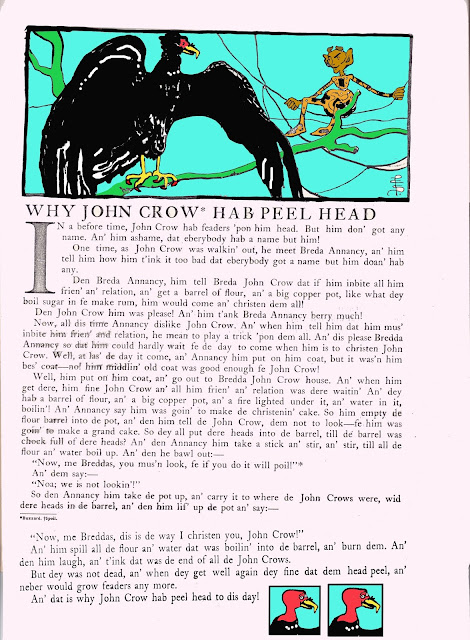 A traditional Jamaican tale by Pamela Coleman Smith who collected,
illustrated and published it.

The first illustrated Anansi storybook was by Pamela Coleman Smith, published in 1899. It was
titled "Annancy  Stories". She was born in London, England to an American merchant,
Charles Edward Smith from Brooklyn, NY and a Jamaican mother, Corinne Coleman.
The family moved to Jamaica to build the first railroad in Colonial America.