Anansi, who was feeling his age,had gone to the Florida Everglades in search of the Fountain of Eternal Youth. He had heard a story about this magical Viagra-like spring that would allow old men to regain their youthful vigor.

In the Everglades he came across a Seminole village’s communal garden. Captured and tied to a log for a whipping, he begged the chief to forgive him.

“Hah! So, how are you going to pay for the honeydew melons?” Asked the Chief.
All Anansi could do was stammer.
“I tell you what... Catch the Swamp Dragon and you go free!” Said the Chief. The village cracked up.

When everyone had gone, Anansi went into the bushes and cut the longest, skinny Black Mangrove log that he could find. He trimmed off the branches and leaves and dragged the crooked Black Mangrove pole to the lair.
Anansi stood on the bank of the stream, doing a little jig; he began to beat the machete against the pole. Each slap of ther machete gave off a “Twingggg!” Anansi shouted the Asanti name for crocodile to the beat of steel against wood.

“Á have something to tell you."

A pair of eyes and nostrils silently broke through the smooth surface the stream’s deep hole. Then the rest of the body of a humongous alligator surfaced. Anansi stepped back in surprise.

"Who is making this racket outside of my home?" The Swamp Dragon said.

"You don't know me but I just arrived here in search of the largest crocodile in the world." Anansi said.

"Well bug off. I am not a crocodile." The alligator said.

"Alligator, crocodile, whatever! I am here to measure the largest reptile in the world. By the looks of it, you are smaller than an African Nile crocodile." Anansi taunted.

"Says who?" Retorted the Swamp Dragon who was also known as the “Beast of the East”.

"Well, the only way to prove it is to take your measurement." Anansi challenged.

The alligator had his pride, so he crawled out of the water and told Anansi to take his measurement. Anansi took 14 paces from the alligator's snout to his tail.

"I know that you are taller than you seem. However, I have to ask you to stretch out a little more to beat the record," he said.

The alligator complied and Anansi walked off 14 and a half paces. Then he said, scratching his head. "No. Á know we can stretch you a little longer. Here, let me lay this pole alongside you. Ok, now… Let me tie you tail to the log. Good. Now stretch you snout to the end of the log. Don't move. Just let me tie you snout so that you won't slip back."

“Mmmhh. You are almost as long as the pole. Let me get the tribe to make the judgment.

Anansi ran off and got the tribe. Everyone was astounded. Anansi did something that their hunters had been unable to do for years.

Moral: “Alligator lay egg, but him nó fowl.” (An alligator may lay eggs, but she is not a chicken.)
Or, “Things are not always what they seem!” 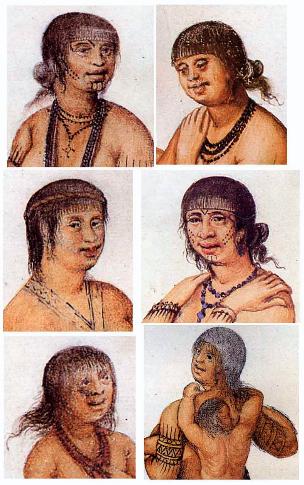 By 2040 will be made Native again. Thanks to the Hispanic cousins from the south and the low European-American birth rate.

As an immigrant married to a Native American for over 50 years, from the historic Powhatan Confederacy and having been intimately involved with Native issues since then, I tend to see the current fear of the re-Browning of America from a unique vantage point.

The Hispanic population will become ’s majority in 2040. So, treat Latinos right, or we may have to ask for forgiveness. Like the movie, "El Norte”, a Latino (Amerindian) illegal alien said, “we are just moving North.”

The current American political fear is the pending loss of European power within a few coming decades. Since the founding of by the Virginia Company of , Europeans have been in for just 411 years. The country was founded on a peculiar history, steadily increasing their numbers by inviting other Europeans in to partake of stolen Indian territories and the forced importation of Africans for enslavement..This founding of the , as with all countries in the was on ancient Amerindian foundations.

Quickly blanketing rich Amerindian cultures Europeans, beginning with the Spanish in most of the , were followed by British bullies bent on getting a piece of the North American pie. The English had learned their craft of empire from the expanding . The Spanish had learned their colonizing techniques from the Moors of North Africa who expanded into southern .

This history of first coming in as traders followed by subtle conquest in has its forerunner in Ancient Egypt by Greeks, Romans, Hittites and other neighbors. Nubian Kings saved the day and returned to the Egyptian pharos.

threw out the Romans to regain control of Londonium. The British were eventually kicked out of North America, Africa, and the Caribbean.All empires eventually fall.

After the American Revolution the  began a campaign towards empire-building and the eradication of Native Americans. The election of the current president who campaigned on a wall between brown , strengthened by anti-brown rhetoric, caging brown Amerindian infants, and deporting indigenous Amerindian mothers and fathers is a sign of Eurocentric fear of “Making America Native Again”. This governmental policy is especially poignant since some of the refugees only speak their own Amerindian language. Amerindian ancestors have been crisscrossing the entire hemisphere for thousands of years before the arrival of aliens from the . An example of this Amerindian migratory practice, was the Uto-Aztecan speakers (from New Mexico with relatives in Utah) who migrated south into Mexico to form the Triple Alliance of the Aztec (Mexica) Empire. So, some Mexicans crossing a belated 1800s border, made possible by America's forcing their expanding country/empire through the Mexican-American War, are "just returning North".

For Trump’s supporters, the re-Browning of is coming too fast for their minds to wrap around. Therefore, the dog whistle-blower message to the base
is "Make America Great Again". 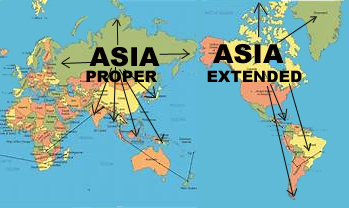 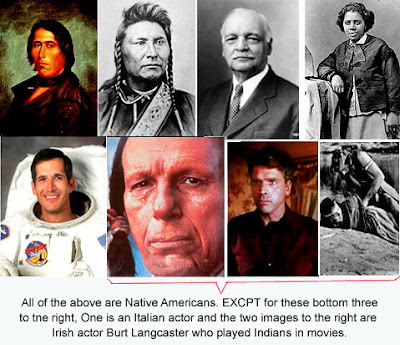