The INDIGENOUS WOMAN: March 1 to 31

The Role of Indigenous Women of the Americas

Indigenous women have always held a place of honor among their people. From Earth Mother to goddesses, tribal property owners, and matrilineal icons. Even our planet was seen as "Mother Earth.” Native women have occupied the highest rung in endemic societies.  However, after the arrival of the first Spanish Europeans, the Indigenous woman became survivors of violence and dismissal. The Caribbean was the first to experience this chauvinistic horror.

In March, we honor the First Women of the Americas, some who paid the ultimate price for leadership or for just being the first to, unfortunately, encounter a hemispheric invasion.

The first recorded atrocity, a rape, occurred in 1493 on Columbus' return trip to the Caribbean. We know of her, but we do not know her name. She was a young Kalinago woman from Ay Ay, (meaning the "River" in Taino), a Leeward Caribbean Island which we now call St. Croix, (ironically meaning the "Holy Cross" in French). A similar concept to the Christ crucified on a cross, she was the first Indigenous victim of a Christian crime in her homeland. Michele da Cuneo flogged and raped an Amerindian woman.

Surprised at the arrival of the Spanish ships, while in a Kalinago canoe and fighting off a boatload of Spanish seamen from Columbus’ flagship, one of whom she shot an arrow through his shield with such force that it penetrated three inches into the attacker's chest, killing him. After a skirmish, she was captured by da Cuneo, an Italian lieutenant and a childhood friend of Columbus’ from his flagship, one of the 17 to 19 arriving vessels. The ensuing rope whipping and rape took place in da Cuneo's cabin on the Admiral's flagship. Ripping her attacker with her nails, her loud screams brought no help from Columbus or his crew.

The first martyrdom of an Indigenous woman in our hemisphere to be recorded occurred in 1503 in Ayti Bohio, meaning "High Mountain Home," or Kiskeya, meaning "Mother of All Lands." Anacaona is our first named honoree who was the kacike or ruler of over 100 sub-kaciles in her province of Jaragua (Ha-rag-wah) located in today's Haiti on the second largest Caribbean Island. This island was the center of the Taino Civilization, whose vast Bagua, or the Caribbean Sea to the north, included hundreds of islands and cayaos (keys). In 1492, on the east shore of their northern island of Guanahni, or Island of the Iguana, land of the Lucayo or Lukku-Cari, i.e. "Small Island", they encountered men from Spain headed by the Italian wool merchant called Cristobal Colon by his Spanish employer, Queen Isabela. His real name was Cristoforo Colombo in his native Italian but was later Latinized as Christopher Columbus by English speakers. 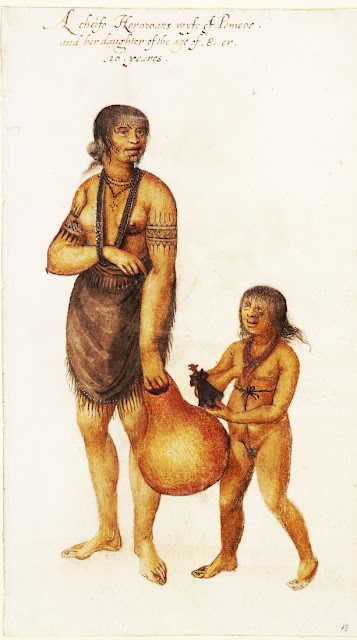 The Powhatan Paramountcy 1607 to the Present

The Powhatan Paramountcy was the second Indigenous Encounter in North America in 1607. This is where the United States of America began. Founded as an eight Algonquian confederation by the first “Dreamer" or Powhatan I, his son, Wahunsenachaw was the second Powhatan who expanded the Algonquian political group into a 32-34 nation Paramountcy which the arriving English called a “Kingdom.” Their territory included affiliation with the Nanticoke or Kuskarawaoks people of Maryland and Delaware to the north. The ensuing conflicts between the Powhatans and the Virginia Company of England’s representatives and the English Crown ended in three Anglo-Powhatan Wars in Virginia, Maryland North Carolina, and Washington, DC. In suing for peace, Cockacoeske, the Queen of Pamunkey whose 1677 Treaty of Middle Plantation at Williamsburg, Virginia, ended the conflicts with the invading English and their ever-continuing violent expansion. This is the story of the great women of the Powhatan Paramountcy.

Above: This is a video of a Land Acknowledgement given by Washingtonian Wisdom Keeper, Rose Powhatan a Pamunkey and Tauxenent descendant of the historic Powhatan Paramountcy in her yard in North West Washington, DC. Capitol Hill is known as the “Place of the Caucus” where Wahunsenachaw or Powhatan II, met in caucuses to promote solidarity with the surrounding Algonquian nations. Chroniclers during his lifetime said that “Powhatan never left his area.” The 32-34 nation Algonquian Paramountcy was governed by both women and men.

(1) Will the real Pocahontas please stand up!

America’s iconic Native American has been mostly interpreted by non-family members for decades. All that we know is that she was a little girl of 11-years-old in 1607 when the 27-year-old English Captain John Smith arrived in Attan Akamik as an employee of the Virginia Company of London. Almost everything else is conjecture since she never spoke for herself. She is either idolized by Eurocentrists as a Christianized princess collaborator or despised by some Native Americans as a sellout of her father’s Powhatan Paramouncy’s territory. Or a victim of the Stockholm syndrome, where the kidnapped becomes a supporter of the kidnappers. 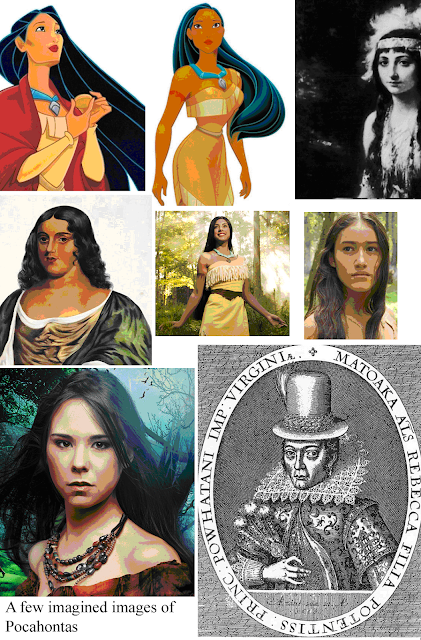 Indigenous women in the Americas were seen by the arriving Spanish as earthly members of the place of unequaled beauty which their awestruck men called the Terrestrial Paradise, technically identified as the biblical Garden of Eden. This impression was concretized when Columbus first arrived on Guanahani (renamed San Salvador) in October of 1492. By sign language, he was introduced to the Taino epic of Matanino, the Island of Women, and Guanin, its twin Island of Gold. Father Pané later recorded this epic in more detail on Hispaniola. 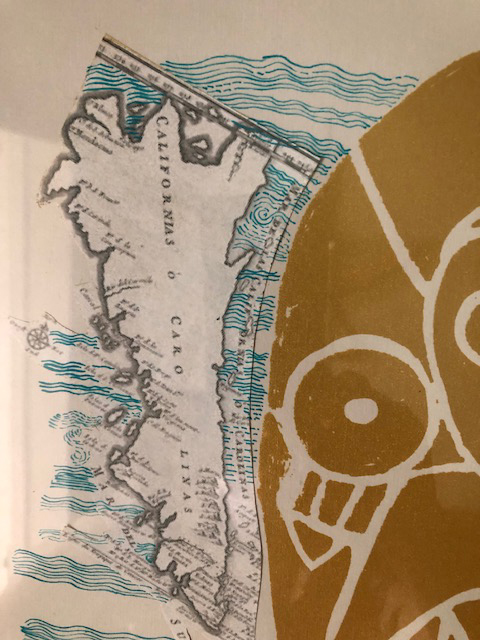 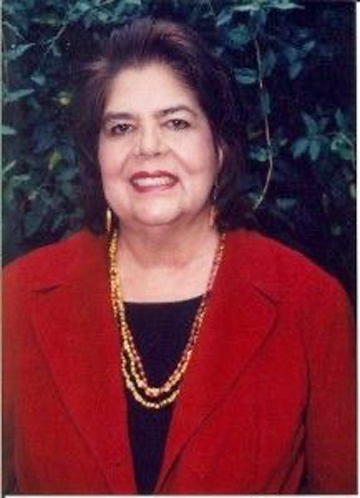 Mankiller was of Cherokee, Dutch, and Irish descent; the name Mankiller derives from the high military rank achieved by a Cherokee ancestor. https://www.womenshistory.org/education-resources/biographies/wilma-mankiller

“One of the things my parents taught me, and I'll always be grateful . . . is to not ever let anybody else define me; [but] for me to define myself. ”

Some Indigenous ladies I adore...