During Donald Trumps impeachment his critics said that he wanted to be a king. However, this pedigree is usually decreed by birth. True American Royalty lay elsewhere.

If the 17th Century English were right, the most widely known royal Washingtonian was our Princess Matoaka a.k.a. Pocahontas.

The territory that came under her father’s governance included a major portion of our contemporary District of Columbia. And, Capitol Hill was his “favorite place to caucus.”.

In life and in death she was, and is still America's most venerated princess. Accepted at Court by British royalty as "Potentiss Prince Powhatani Imp Virginiae", her second husband (via a bigamous marriage), the commoner John Rolfe, in 1616, was scolded by the Queen Anne of Denmark, (James of England's wife) for having the audacity to marry royalty.

To underscore her pedigree, she was first portrayed by the English as a royal person. Then, in the US Capitol's Rotunda...


Pocahontas is almost deified in many ways in contemporary American culture. Examples are Disney's Pocahontas, later in Terrence Malick's The New World epic, in numerous publications, and documentaries. 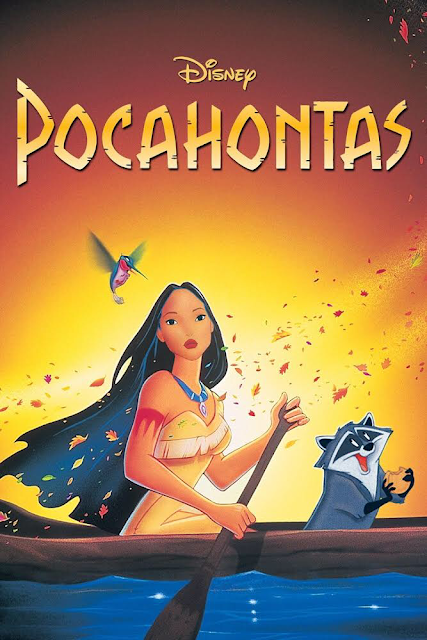 
Pocahontas, like her famous father, the  (leader) Wahunsenacawh, the second Dreamer (or “Powhatan”) were Pamunkey, a leading part of Native America’s only encountered 32-34 member empire under the governance of one man. Their nation is located in King William County, Virginia and there are currently numerous surviving descendants. This is the oldest reservation in North America. The reservation was established in 1658 after the last Powhatan Wars of attempted foreign expulsion. One could call the Powhatan conflicts with the English, the first "Wars of Homeland Security."

However, after the American Revolution, this First Daughter was relegated to just an idealized ancestor of many European Americans.

Pocahontas is so popular that today there are many Americans who claim descent from her. Those of note are called The First Families of Virginia." This presumptuous designation that typically in America, disqualifies millions of Native Americans whose first Inhabitants have still been here for millennia.


“People who claim to be descendants of Pocahontas can be found in every state and number about 100,000. Distinguished genealogists have conducted searches in the few remaining records in several "burned" counties, which provide some proofs of Bolling family ties to Powhatan.” [President Taft’s wife Ann Bolling, of Bolling Air Force Base in Maryland, claimed descent from Pocahontas]

"POCAHONTAS IS A POPULAR GRANDMOTHER TO CLAIM”-Virginia Rollins, April 1, 2006.

And why does he need recognition?

Powhatan II or Wahunsenacawh was responsible for allowing the first successful English settlement to exist in North America. Yet, its successor, the United States of America has no DC monument to him. Powhatan II has, therefore, become the most disrespected leader in American history.


Although our current president treats his office like a potentate, he was not the first to toy with the concept of imposing royalty. Also, George Washington was not the first American to be offered kingship. America's first territorial "Washingtonian" king was Pocahontas' daddy.

Why is she a Washingtonian?

Washington, DC, especially Capitol Hill, is located within the boundary of the Powhatan Confederacy whose political capital was Werowocomoco (that comes from the Powhatan , meaning "leader" in English; and -), a "settlement"  located near the north bank of the York River in what is now Gloucester County, Virginia. Since this was "where America began", this location could be said to be America's first capital. To say that America's first capital was a European settlement on indigenous land in Philadelphia, PA, is to totally disrespect current sentiment and ceremonies of Indigenous Land Acknowledgements.

The following below is the genesis of the city that we now call Washington DC.  or Powhatan II was momentous, or paramount chief, of Tsenacomoco. This territory was an area larger than ten current American **states, that extended through war and diplomacy, into within Washington, DC proper. It is during these decades-old diplomatic sessions that Powhatan II's caucuses (Powhatan Algonquian for "councilor) met on Capitol Hill by the Tiber or Goose Creek (now under Constitution Avenue).

The following are different incarnations of Washington, DC:

*Pomonkey: n17th Century English interpretation. Maryland name  the Pamunkey (Pá-mung-key) tribe of Native Americans that lived in the MD/DC Metropolitan Area. This second recorded Pamunkey location meant that this was an extension of their main town of the leading tribe in the Powhatan Confederacy and qualifies as their original territory of Attan Akamik ("Our Fertile Country"). At the time of English contact in Jamestown, Powhatan II, then in his 60s, was expanding his territory northwards. This was the second Pamunkey settlement located in Charles County in Southern Maryland (and South Washington, DC) that later became a part of the federal city of Washington City, with its first mayor, Robert Brent

English chronicler, William Strachey of the Virginia Company wrote that Powhatan II had over 100 wives, many of whom, and their first child, were treated as political alliances of nations within his empire. E.g.  [Little] Powhatan of the Tauxenen is possibly an example of this Algonquian alliance). Princess Pocahontas was one of these offsprings who came from today's Pamunkey Reservation.

The Brent family owned much of the land from before the American Revolutionary War, asserting their claims after Giles Brent married princess Mary Kittamaquund in the 17th century("Mary" was similar to the baptized Christian name, "Rebecca," given to Pocahontas during her own baptism in Tidewater Virginia). Mary's father Kittamaquund was, like most of the Algonquians near or within the vast Powhatan Territory, were minor "kings" to the early English. They did not have the same clout as Wahunsennachaw whose father, the first Powhatan, had organized the first eight of his son's 32-344 nation empire.

Robert Brent (1764-1819) became the first mayor of Washington City.  freed his slaves in his will). The fact that Mary Kittamaquund was a princess married to an Englishman who inherited his large track of land from his wife's people, was in keeping with the English practice in the Virginia Territory of marrying Indian women to inherit Native American property.