"Where are you from, Honey?”

made the same mistake!

“Non-Western art played a pivotal role in the making of modernist painting and sculpture. Indeed, without non-Western influences the art of this century is unimaginable.”

From early adulthood, Rose was the target of the above titled inquiry throughout her young life. The question usually came from both Black and White elderly female passengers riding 's DC Transit (now the MetroBus). As if this imposition was not bad enough, early this year, her Diné (Navajo) daughter-in-law, was mistaken for a Hispanic in a park while with her young children. During this period of heightened American racial divisiveness, she was approached by an African American woman who ironically said, "Why don't you go back home?"

Native Americans come in a variety of ethnic types, facial physiognomies and colors, and their ethnicity is often misidentified by the average person. Some suffer the inspired misidentification as Indians from the subcontinent. For example, Rose, while on a Fulbright teacher exchange to in school year 1994-95, was mugged three times in by one Brit and two Jamaicans. The police called it "Packi-bashing," i.e., attacking an East Asian.

The title of this article is an Indigenous Washingtonian artist’s visual statement refuting the city's pervasive myth of indigenous "ethnic extinction." This article is the second part of a month-long celebration by the   of the lives of 's indigenous Native American survivors. This week, we focus on the art of Rose Powhatan a Pamunkey/Tauxenent descendant who has spent all her 74 years of life in her native city. She comes from a large indigenous family of over 30 local artists who have made their marks in a variety of creative forums. (See Notes below.)

Rose Powhatan was born into a large DC family of accomplished artists. Each family member had their own style of painting, a hallmark of individualistic familial competition. Rose’s main painting style differed greatly from both her mother, Georgia (who often used Impressionism) and her sister, Marsha (whose medical illustrations are rooted in Realism). Rose’s work is in the genre of Native American Modernism, a style of American art which includes many notable American Indians whose commercial successes developed a few centuries after European contact.

"The term Indigenous Modernism refers to art that emulates Western modernisms, but to art that engages with experiences of modernity from an Indigenous perspective." -- Ian McClean, Routledge Encyclopedia of Modernism https://www.rem.routledge.com/articles/indigenous-modernisms

Their style of work was based in Indigenous Amerindian art aesthetic. A colorist, her painting, “Where are you from, honey?,” was created on a sacred circle as a social statement in the Expressionist style of Native American geometric, flat color palate that influenced the Modernist America Art Movement of the early 1940s. The central images are a masked buckskin clothed figure wearing a Powhatan Paramontcy pendant.

Rose’s Native expressionist painting was done as both therapy and as a social statement. Some visual artists often use art to confront life’s physic wounding or as a political way of informing the audience about cultural retentions. In this case, misidentification based on ignorance of Amerindian racial physical appearance was the source of the problem.

This painting is also rooted in the issues of a myth of extinction. It addresses public disbelief in survival of Indignity. Therapeutically, it confronts the pervasive issues experienced by many indigenous Amerindians.

The painting’s title stems from a curious perennial question from seemingly sweet Black and White old ladies riding the city bus, whose reaction to her answer, “I’m Native American,” often turned to disappointing shock. Thinking that Rose was a foreigner, these interrogators have usually just looked away in disgust or disbelief.

Her Native American styled composition is in the shape of a sacred stretched skin circle, and addresses the painful question asked of her while riding the old DC Transit bus line and its successor, the MertoBus.

The houses many art collections that are mostly aesthetically European in style and content. Most of the city’s museums are mainly Eurocentric, save for the Smithsonian’s of , the National Museum of African American History and Culture, and the of the American Indian. Only one of the city’s many major museums has just one artwork, a painting done by the local indigenous artist, Georgia Mills Jessup (Pamunkey). The National Women’s Museum has her “Rainy Night Downtown,” is in its permanent collection. 's painting (see Notes below) is an indigenous statement of an Amerindian descendant's impression of a nighttime scene in her ancestral city.

One would think that these hallowed cultural institutions would have more than just one artwork by only one artist whose hometown was built on her ancestral Powhatan Paramountcy. These overlooked indigenous Washingtonian's ancestors have been in the  area for over 12,000 years.

Indigenous art native to  never disappeared, it just took different forms. The city's indigenous descendants always expressed themselves in the traditional and changing art forms which came to Attan Akamik, their Algonquian "Our Fertile Country." However, it was not until Rose and her mother came along that Native local American Indian aesthetics influences from their own culture were intentionally pursued. Rose's mother's works below exhibit these indigenous aesthetic, as does her mother's composition, "Shaman.”

Two main families, originating from the Mills/Miles (Pamunkey) and (Tauxenent) continued to be creative, and successful in their various arts disciplines. At one count in the 1960s, there were at least 29 recorded family members who practiced various art-forms. Today, that number has increased.

Rose was born into a prolific artistic DC Area family. She began her art career at her mother's knees, an accomplished world-class painter, Georgia Mills Jessup, by painting murals with her. An art major at DC's first career high school, McKinley Tech, she majored in painting under DC Color School's Sam Gilliam. As an undergraduate painting/art history major/minor and post graduate art educator, she studied at DC's major universities under historic art professionals. (See her educational and career accomplishments in the NOTES below).

Musical disciplines within this large family of local Native descended arts practitioners have included the operatic career of *Madam Lilian Evanti, to Robert Mills WWII troop entertainment band, to Juaquin Jessup’s lead guitar role with the iconic Mandrill funk band. A book would be needed to cover the accomplishments of this talented Indigenous DC Area family.


"A Warrior's Memories of Days Past"; A funerary installation at the Maryland University of Baltimore's Art Gallery which included: (Top: L-R) A Powhatan totem, wall hung enlarged computer generated Secotan Village (DeBrey etching), and Powhatan longhouse made from bamboo and reeds inside of which was a burial liter. Named for the deadly misuse of sacred tobacco, promoted by the Philip Morris Cigarette Company.

From the traditional to the contemporary

Telling traditional stories is a major hallmark of keeping Amerindian culture. How the world works and the origin of all things are major Native American storytelling themes. As a "Wisdom Keeper," Rose has retained these aspects of her Algonquian culture in illustration, painting, totemic sculpture
and the spoken word. Rose has kept ancient Algonquian tradition alive at various venues in Attan Akamik.

(A) Among her other talents Rose, an avid storyteller, has kept the Algonquian culture of the  Eastern Woodlands alive. 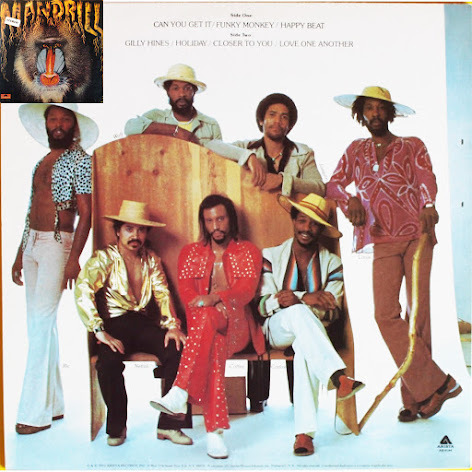 WORK EXPERIENCE
Exhibiting Artist, Lecturer and Workshop Facilitator/Coordinator of multicultural programs for the following: (this is a select listing)